Everything You Didn't Know You Needed to Know

So you come across this map on an article relating to an issue or policy you’re a bit skeptical of. You see the geographic correlation in the map—the number of units (in parentheses) is very low in the northern Mountain States and Dakotas. If you’re like most people, you gloss over the details of the map and cede over that the author might have some sort of a point. After all… you can see that the data sources the map was written by are credible—the author seems to have provided objective proof.

Sadly, this lulls a lot of us into falling prey to an argumentum ad verecundiam—a faulty appeal to authority.

Let’s say that the author is trying to use this map to prove that Policy A is superior to the newly implemented Policy B. He then points out that in states where Policy A is most closely followed by, the number of units (unanimously unfavorable occurrences) is visibly low compared to other states.

A map like this is incapable of showing population, which is a huge factor in this map. The reason the northern mountain states and Dakotas have less unfavorable occurrences isn’t because they’re adhering to Policy A, it’s because they have comparatively low populations. The map shows raw figures, not rates—indicative of really charged bias.

If you look at the units in parentheses, you will find that they do increase in regular intervals. However, a careful glance at the color gradient will bring to fruition the massive disparity between increments in color and in unit. While the units come at regular stages, the colors certainly do not. The first four levels follow each other in shade—one by one; however, the final level’s color jumps four shades into the darkest color on the color palette. This creates in the reader a feeling that there is a greater disparity in states than there actually is.

The variation on the map is really, really small. The full range of data between states is only 15 units. Given that the numbers in parentheses are just a number of occurrences and not a score of any sort, you can tell that there’s only a 2.8% disparity between the highest and lowest levels of states on the map. This sort of variation amplification is probably the most common kind of bias you may encounter online. 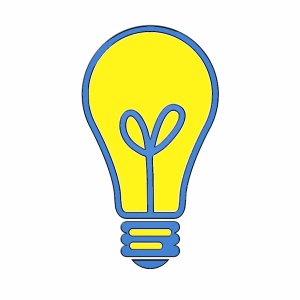 Think you have something to say that no one else is saying? Click here to pitch an article, opinion piece, cartoon, or guest post!

2020 Endorsements: Make of Them What You Will

With infographics by Yusoof Monawvil, Lucas Tisani delves into what a hypothetical Brazilian Electoral College would look like.

The story of two fires, two cities, and a raid that I hope display a stubborn human persistence to rebuild.

Sri Lanka’s Easter Bombings: Not People ‘Over There’

“When I began this post a half-hour ago, the death toll was reported at 207. As I write this line, the death toll stands at 215. Those are numbers—and numbers often seem to mean little.”